The 1 True Secret to Success

Success. Some achieve it, some don’t. But what is the real secret to success? Depending on who you ask, you will get several different answers to that question. Before this article ends, I will reveal the true secret to success. But first, let’s explore a few things.

First we should determine what success is. How is it defined? According to Merriam Webster, Success is a favorable or desired outcome or the attainment of wealth, favor, or eminence.

So the first thing we should note is that success is subjective. Success for one person may not be success for another. For the purpose of this article we will define success as an individual’s desired outcome. Again, this is subjective. My desired outcome may be leaps and bounds away from your desired outcome. In your eyes you may consider yourself successful, because you have reached all of the goals you have set out for yourself. However, in the eyes of the public, you may not be seen as successful, unless you have obtained substantial wealth. But our definition is based on the individual’s perspective.

So How Is Success Obtained

Many people believe they know the secret to success. So let’s explore some of these secrets.

Some believe education leads to success. It’s true, with an education, you are provided with certain tools that can prepare you for a career. And if you are able to advance in your career, you could very well be on a path for success.  However, there are other factors that have to fall in line. For instance you need to land that job that your education has prepared you for. Not only do you need to land that job but you need to be good at it and advance. But then, perhaps your idea of success was simply landing the job. If so, mission accomplished, you have reached success.

Perhaps you want to have a large savings, a house, a nice car. In theory education can indeed prepare you for the right job which could take you down that path to success. Provided you land the job and advance in it. But sadly, that is not the case for many. About 25% of college graduates never land that job. More than one million students drop out of college every year. So while an education can definitely help, it’s no secret pass to success.

Let’s discuss another secret to success. Some believe the secret to success is writing down achievable goals. Many people claim that actually writing down your goals puts you one step closer to completing them. Some say start off with small easily attainable goals and as you reach them, step it up and write down more difficult goals. The theory is that writing them down helps motivate you to complete them. And while this is great advice, it still requires you to work hard to achieve them, it’s not as much of a secret tip as it is a way to organize your process. Not that that’s a bad thing.

Some people believe success is only possible for certain people. People that already have access to money, resources and wealth. And while it may be easier to achieve success when you have a financial head start, there are plenty of success stories that start in someone’s parents’ garage. So clearly money is not the secret to success, though I’m sure it helps.

Some people believe that luck or fate is responsible for success. That it’s not in the cards for just anyone and for those dealt a bad hand it is impossible to achieve. Personally I am not a big believer in fate or luck, but I have seen people that were dealt a bad hand, find there way to success, so that theory doesn’t work for me.

I know what you’re thinking. I’m just leading you through all of this just to tell you there is no secret to success… Well. No. There is a surefire way to achieve success.

So What is The Real Secret to Success?

You have to put in the work day in and day out. You have to learn to not accept no as a final answer. You get to determine what success is for you and you simply have to see it through no matter what it takes. Get the skills you need, get the money you need, make your own luck. It’s a surefire way but it’s no shortcut. One thing every successful person has in common is they worked hard and went after it with dedication and perseverance. Sure they ran into walls, they failed again and again, but they kept going. You are the secret to success.

On another note, one thing that will help you achieve professional success is a well branded business. At Reevl we specialize in creating strong brands that appeal to their target audience. If you would like to revive your brand feel free to contact us and find out what we can do for you. 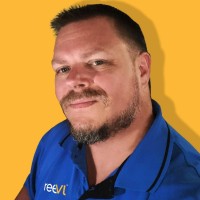 Enthusiastic, strategy-centric brand strategist, that loves creating messages for the world to see. Whether its an advertisement for a restaurant or a new identity for an up and coming business, I absolutely love communicating through visual stimulation. I work hard and I work smart. With over 15 years of experience as a designer, I understand what it takes to deliver results and have the skill set to do it right.

Subscribe to be updated when a new blog is posted!